Our dedicated simulation and robot engineering experts work closely with our client and utilize our own self-developed software, DMWorks Solutions, to provide cost-effective, process optimizing services for automated industries. We optimize and improve the production line process via design verification of the manufacturing environment, analysis of the number of robots and workers required for the production, arrangement of the hardware and workers on the plant floor, and generation of optimal robot task programs. 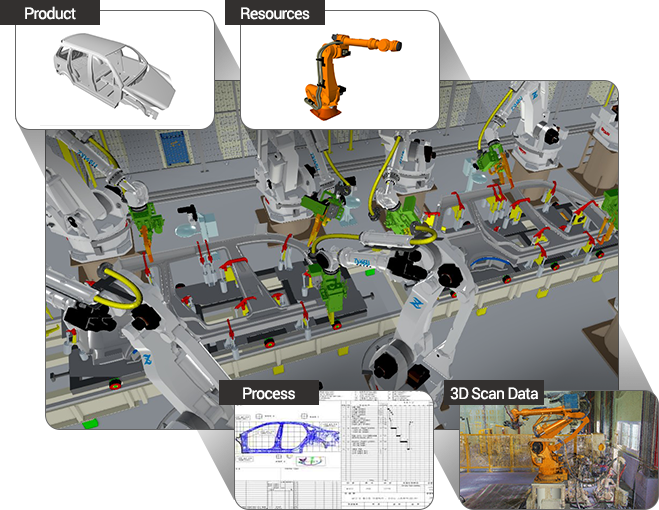 Full-action mockups of an accurate virtual factory are constructed using data and information collected from the actual factory through on-site surveys, analysis of the PPR (product, process, resource) plan, incorporation of 3D factory scan data, and building of resource databases and libraries.

Factory layout and manufacturing processes are optimized by simulating, validating, and modifying the PPR (product, process, resource) in advance using the digital factory and introduced to the factory floor with measures for preventing problems. 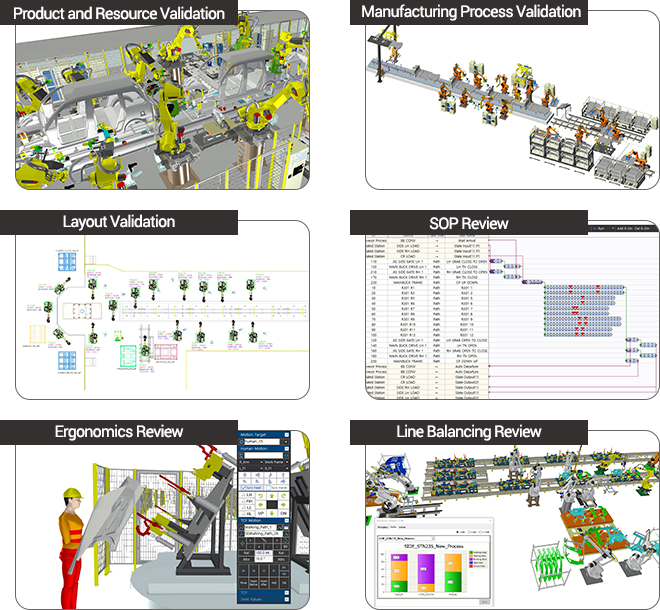 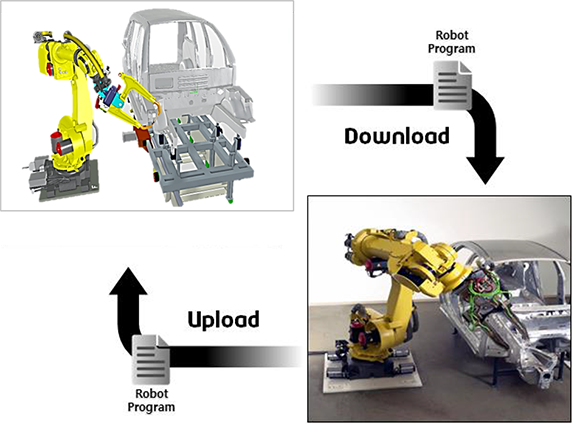 Robot OLP minimizes preparation time for production and prevents various problems that can occur by detecting the issues in advance through various robotics simulations. 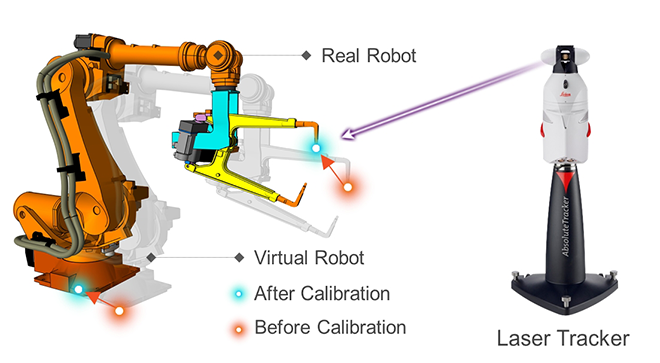 Building a World of Digital Factories with DMWorks

eZRobotics provides the latest technological and professional engineering services tailored to the customer for digital factory construction, manufacturing process validation, and robot offline programming in various businesses around the world, such as the automotive, shipbuilding, battery, and heavy industries.